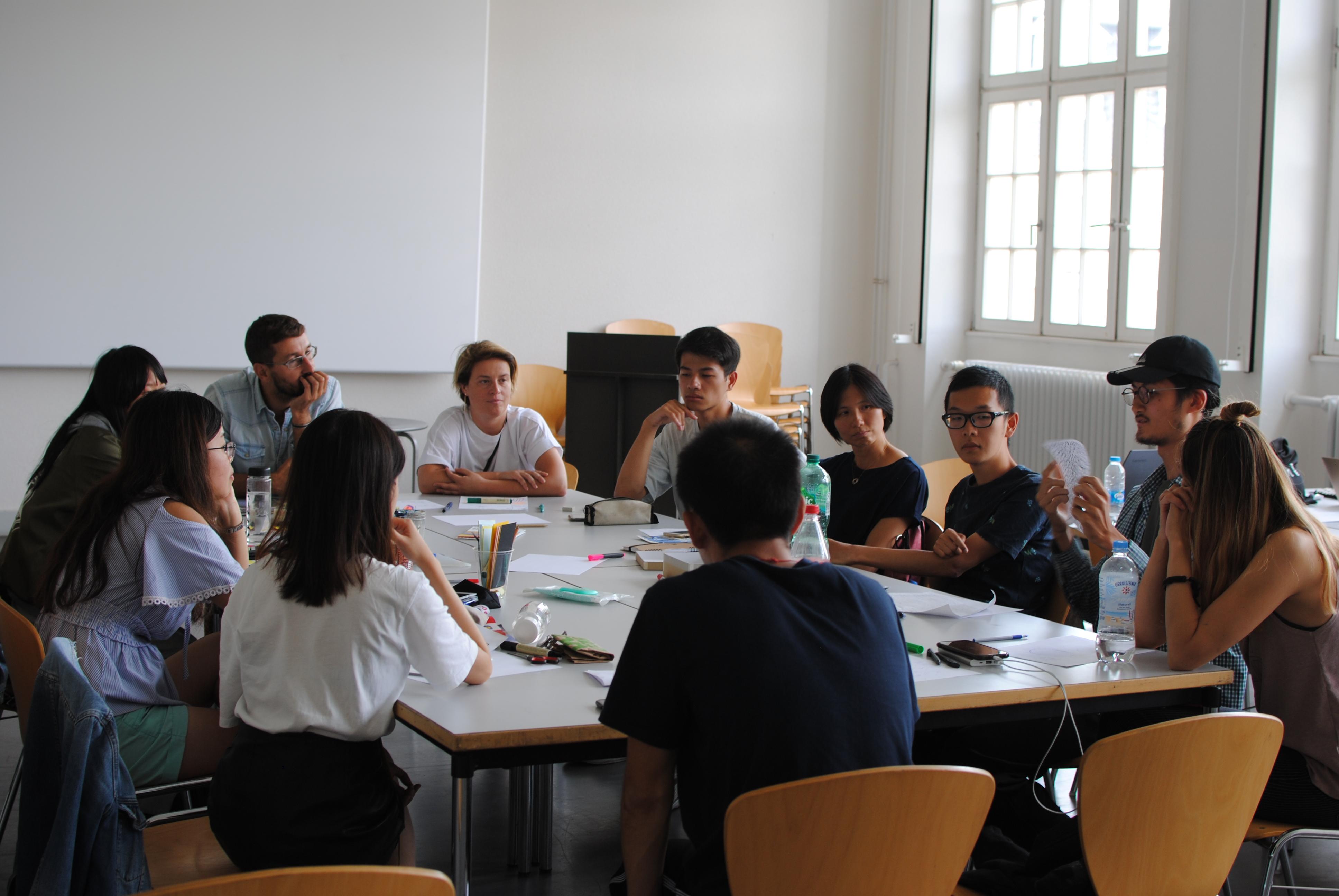 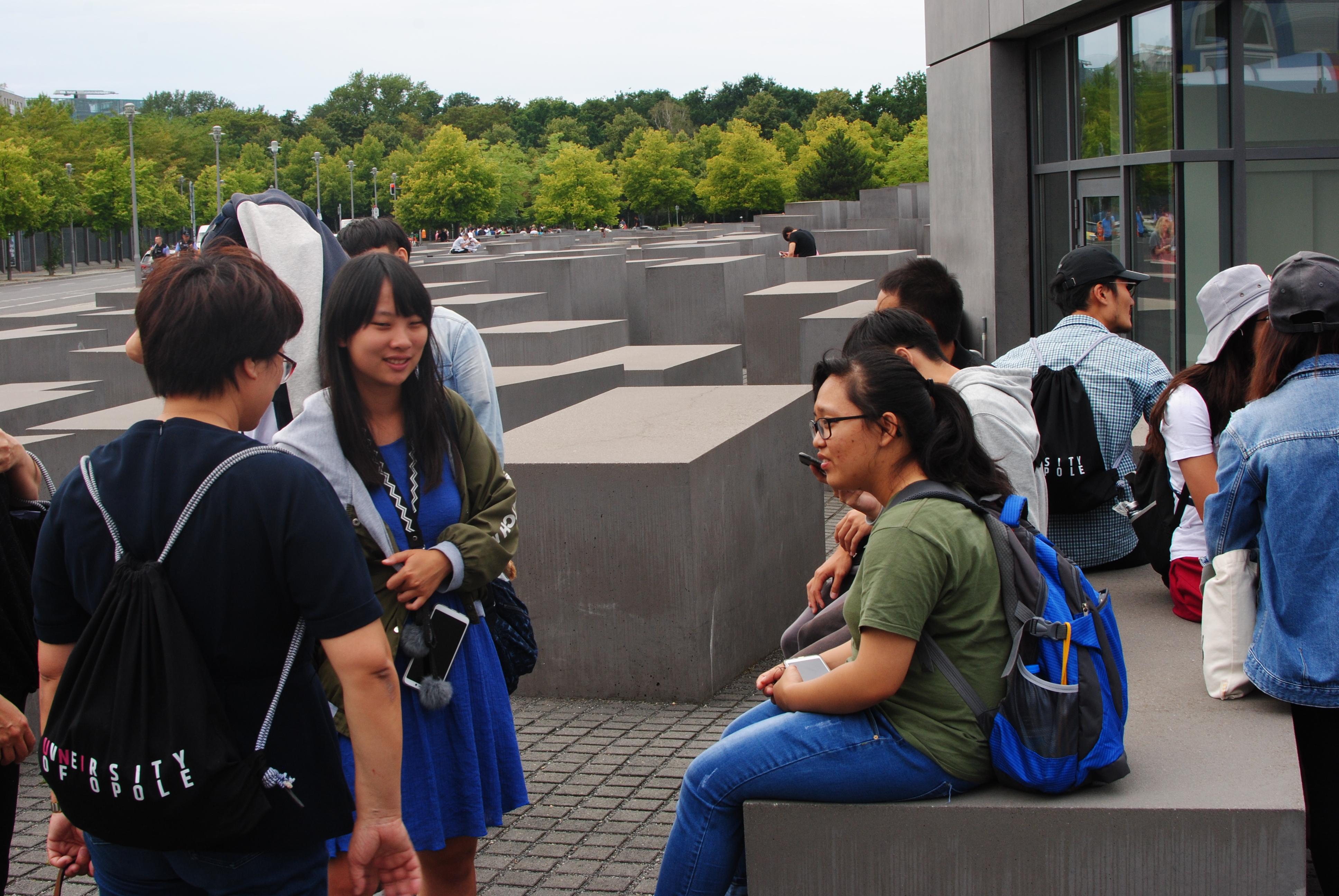 Continuing our quest about the history of Europe during Creative Week, our team of interns, some of our members and the University of Opole’s Summer University students visited the Memorial to the Murdered Jews of Europe also known as the Holocaust Memorial. Walking in between the cold and uninviting slabs and descending into the depths of the memorial, the students were asked to describe their feelings and any thoughts aroused by being in the memorial. Some described the loneliness and panic that engulfed them as they went further into the memorial. They also pondered on the various interpretations of the monument and the significance of the memorial; what it means to the people of Berlin, Germany, Europe and the world at large. 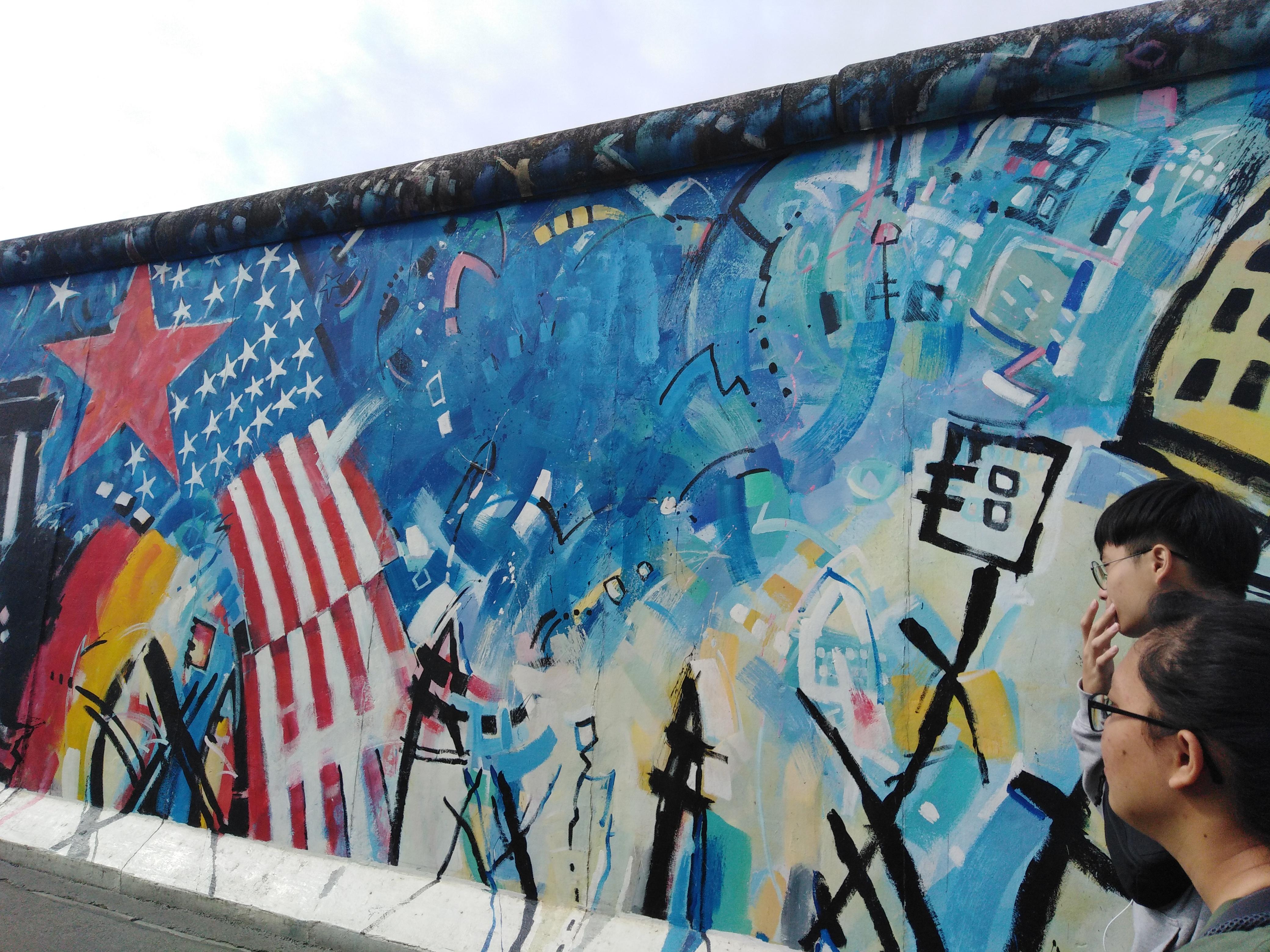 A couple of our interns together with some of our members and University of Opole professors Magda Hlawacz PhD, Michal Wanke PhD and Robert Geisler PhD began Creative Week on the 5th of August 2019 with a tour of the Berlin Wall with the University of Opole’s Summer University students from Taiwan. Additionally two teachers from China’s Fujian Normal University Xiao Chuanfen and Ye Zhuangxin, National Chung Hsing University (NCHU)’s International Relations Officer Yu-Chun Liao took part in the events of the Creative Week and we received the support of Marek Korzeniowski PhD, the Dean of the Faculty of Social Sciences at the University of Opole. We toured the East Side gallery and pondered on the history of Germany and how the Berlin Wall and its eventual fall impacted and set the course of events for the whole of Europe.

At Moving.lab one of our goals is to increase cultural interactions and to encourage the pursuit of knowledge, visiting museums and learning about history is one of the better ways to accomplish that goal. That’s why our partners at Opole University organised a trip for the Taiwanese students to the Central Museum of Prisoners of War in the beautiful town of Łambinowice, formerly known as Lamsdorf.

Upon arrival at the museum, the students watched a short documentary about the history of the camp and the museum. After that they met with Dr Anna Czerner who guided their tour. Before starting the tour, she asked them to identify signs of violence and reconciliation around the museum and the camp. This task will be helpful in the students’ next workshop about “Violence and reconciliation” in Opole. After that, Sebastian led the students on a tour of the museum, gave broad knowledge about the history of the camp and told stories that happened in the camp.

Then we started the second part of our tour, on bikes provided by the museum and rode to the historic cemetery. The Old POW Cemetery is even older than WWI and belonged to Germany until the end of the second WW. And that’s why it was designed as a classical German cemetery; close to nature. They were graves of soldiers of many different nationalities; British, French, Romanian, Russian… And each nation has its own memorial statue except Romania. Sebastian told us the meaning behind the statue named Niobe which was dedicated to Serbian soldiers and the families they left behind.

After looking for symbols of violence and reconciliation around the cemetery we headed for the camp itself. Although the camp has been mostly destroyed after WW2, they are few buildings remaining and reconstructed for the museum. The realities of the prisoners of war were described; what they ate, when and where they slept, what they did and how they coped with being prisoners of war. 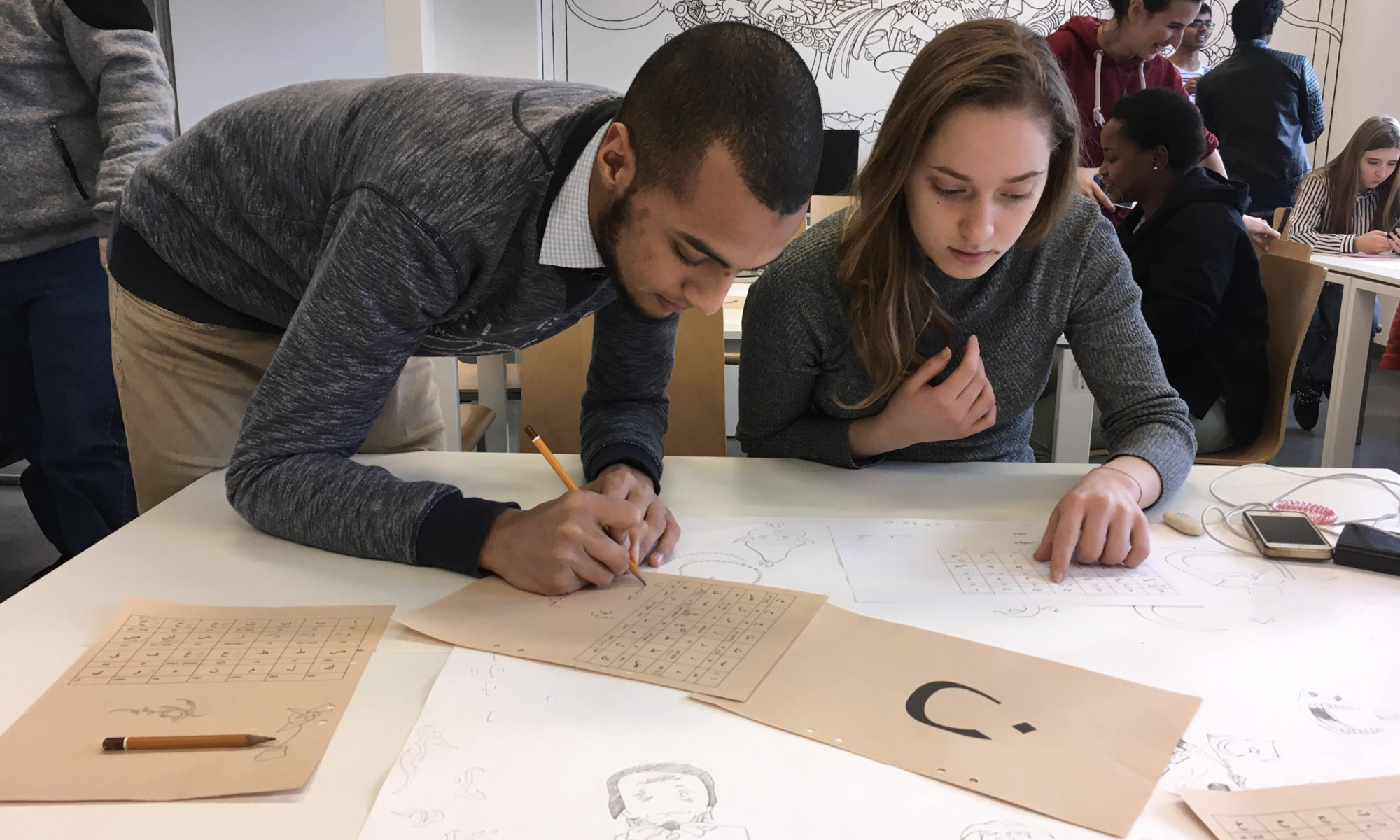 An international group of students from the University of Opole (Poland) is working on  intercultural typography. They conduct interviews with users of different alphabets,  research visits (language landscapes of Leipzig, typography of the prisoner-of-war camp in Łambinowice) and workshops at the Faculty of Art and at partner universities in Europe. The activities are part of the “Movable Lab” project supervied by Dr Michał Wanke from the Institute of Sociology and Prof. Magdalena Hlawacz from the Faculty of Art, carried out in cooperation with the Moving.Lab Association in Luxembourg. Between 18-22 March 2019, the students worked at 3 European universities. They started in the Department of Communication Design at the University of Trier with Professor Anna Bulanda-Pantalacci. They then took part in workshops in Luxembourg, together with students of the Master’s Program in Learning and Communication in Multilingual and Multicultural Contexts, Professor Gabriele Budach, and in workshops at the University of Burgundy in Dijon with students from the Intercultural Management programme run by Professor Alexander Frame. UO students of Master of Liberal Arts and Intercultural Communication programmes come from Georgia, India, Morocco, Russia, Ukraine and Zimbabwe. During the workshops they teach each other their alphabets (Cyrillic, Tamil, Arabic, Georgian, and Armenian), experiment with transliteration to the Latin alphabet, analyse their experiences and look for cultural connotations in typeface styles.